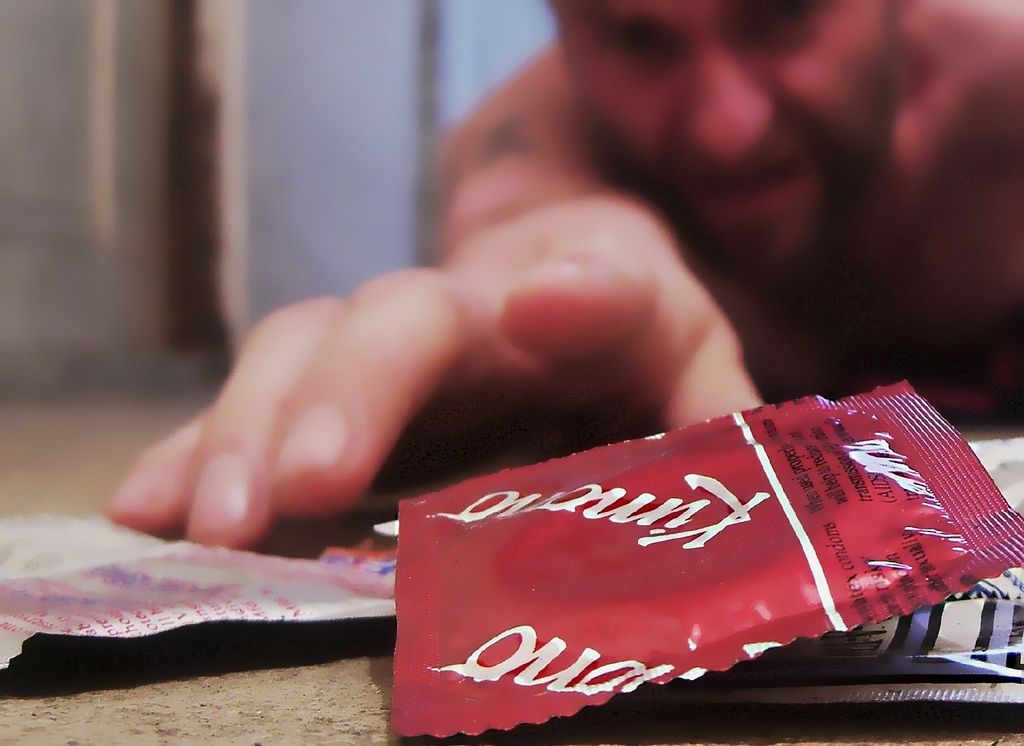 There’s one specific kind of men I keep stumbling upon that’s been getting on my nerves: the men who hate condoms™.

There are those who don’t want to use it at all, others want to go in “just a little” before putting them on. Some never seem to have one with them and others don’t even know how to use them… They buy the wrong size, get strangled and spoil the night, or spend hours trying to put a condom on, showing zero intimacy with it. Then things cool down, the party is over, and they blame condoms.

That’s so unfair. I swear I don’t get you, dudes. Condoms are not the enemy of great sex. It’s the opposite: they’re the only reason we can have great, unworried sex.

Diseases can’t be told by a pretty face, you know. Do you know if I have one? Do you know where and with whom have I been? If I’m on birth control? You know nothing, and me neither about you.

And condoms are not only for one night stands. People we know, people we love also put themselves at risk, sleep with other people, lie to you saying they wear it with everyone else so that they can not use one with you. Promises, commitment rings, shared bills, none of these things offer protection. Condoms do.

Sex is an amazing, beautiful, super fun thing. It’s cool even when it’s not that good. I’ve been enjoying that phase a lot. That’s why I love condoms. Condoms are awesome, the best thing since sliced bread. I love myself too damn much to put me at risk for some fun.

So, would you please stop being immature and start loving condoms too? They’re your best friends, bro. The only reason you’re here, with me, is because someone once invented them. There’s no bigger turn off than a man who hates condoms.