A very popular magazine wrote a piece about the wife of Brazil’s vice-president (Marcela Temer, wife of Michel Temer), calling her “a beautiful, maiden like housewife“. In the article, they praise her discreet dresses, her youth, her maiden like beauty and her skills as a mother and housewife. We feminists hated it and some people are asking: what’s wrong with that?

First of all, it’s important to say that there’s absolutely no problem in a woman being beautiful, discreet and or a housewife. All women, including Mrs. Temer, are free to be as we please.

The problem here is the way the media praises her as an example for women, as one that’s occupying the only place they see fit for a woman in politics: a quiet, man supporter eye candy role. That’s specially evident since it’s been a few weeks since another magazine accused our female president (Dilma Roussef) of being hysteric and questioning her “emotional stability” and her ability for the position she occupies (as the iternational media does with Hillary Clinton or Angela Merkel).

This comparison is no coincidence. Most of us have been the subject of such judgement by those who say that a woman’s business is to take care of her beauty, to be discreet, not to be an embarrassment to her husband, to take care of her family above all and to keep the house flawless (even if she works and is married to a grown up, the house is considered her responsibility alone).

As Gabi well put it (here, in Portuguese), the magazine is trying to teach us what it is to be a good woman.

Historically, to be a “beautiful, maiden like housewife”, is not a matter of choice, but an imposition. Those are things that our sexist society demands from us just for being women. And that limits us. It aims to limit our political voice, the way we dress, our sexual freedom.

To praise those aspects may sound like a compliment to this specific woman, but what it is in fact is a critic to all other who don’t fit in the sexist concept of a good woman.

A woman’s value is not in her appearance, her discretion, the way she expresses her sexuality, how she dresses, how good are her housing, family or professional skills. That’s what all the fuzz is about.

So we will be ourselves. Beautiful (in every way, and not just the young, blond, skinny, rich kind), maidelike or not, discreet and loud, shy and sexy, wearing modest dresses and mini skirts. We’ll be everywhere: at home, at the offices, at the churches, on the streets, at the kitchen, at the government and wherever we want. There’s no telling us where we can or cannot be, what we can or cannot do.

Here’s a funny exercise: the same attributes where put on a picture of Queen Elizabeth’s husband to show how ridiculous it is to portrait a person like that (by Think Olga). 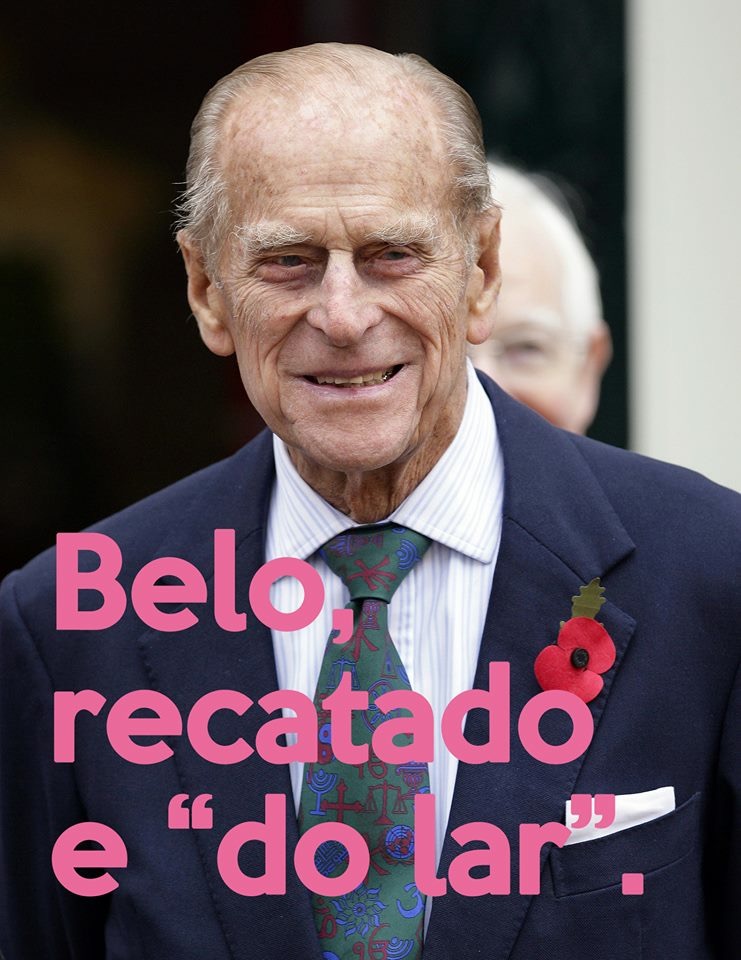