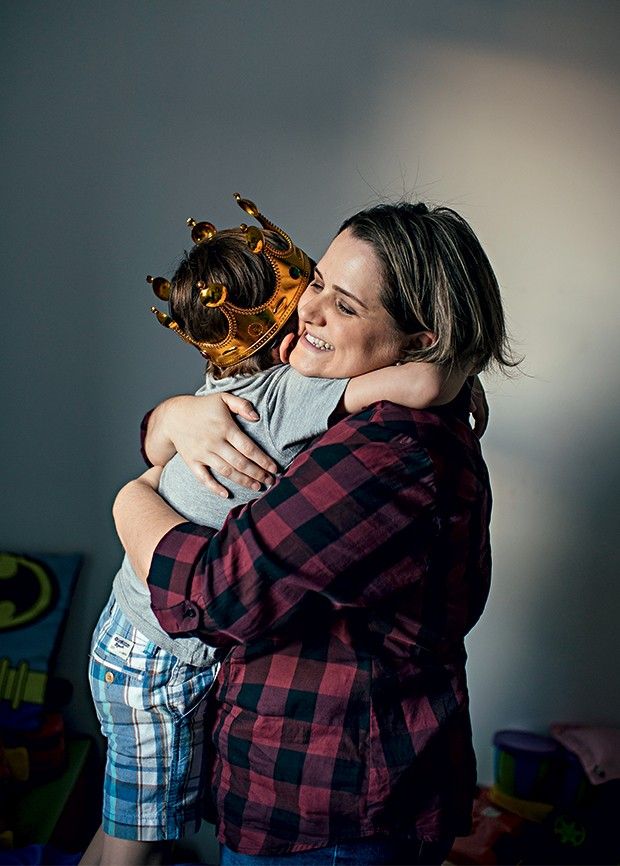 This is one of those stories that make me wonder if certain sexist common senses are local, typical from a culture with a strong religious background, or something a bit more universal.

It’s been a long while since I haven’t seen Fabiana, since we were interns. She’s a lovely person with a good heart. Today, I read her interview in a Brazilian website telling why she let her son go live with his dad (here’s the link, in Portuguese), and I felt like hugging her tight.

Her ex-husband and herself have taken this decision after much consideration, taking into account their financial and familiar situations (she’s going through some money problems and lives alone; he’s in a good place financially, has re-married, lives with his step-son and his wife is pregnant again, with twins). They concluded that the dad’s house is the best environment for the kid to live.

Fabi continues in the picture – she didn’t go away, nor has she “abandoned” her son. They still share his custody, except that now she lives in a different house than he does. That’s exactly how the father lived for the last years – son living in one house, him living in another one – and no one has accused him of not loving his son or being a monster (as people are accusing her on the article’s comment page).

I felt like hugging her to tell her how brave she has been. Not on her personal decision – but for sharing her story, knowing that she will be flooded with negative and sexist critics from tons of people she doesn’t even know. All to help other women going through the same situation, feeling overloaded by a social culture that claims that women are solely responsible for all the parenting, a culture that celebrates any man that does the bare minimum as a dad. I hope those women and the father of their kids come to the best family arrangement they can find for their kids.

To Fabi’s family, I wish all the best on this new phase.

If you want to know her story better, here’s her blog: Depois Que Eu Descobri (Portuguese).